Protection for innovations that can save lives

The spectacular success of the rapid development of vaccines against the SARS-CoV-2 corona virus, not least by German biotech companies, has once again brought the issue of patenting innovations in the field of biotechnology into particular public focus. In principle, such biotech patents are subject to very similar criteria as patent applications in other technical fields. In other words, biotech innovations are patentable in a similar way to other inventions. Nevertheless, research-based companies and manufacturers must take into account a number of special features.

These particularities are primarily based on the fact that ethical issues play an even greater role in the field of biotech patents than in most other areas of patent law. In particular, the implementation of the European Biopatent Directive 98/44/EC into German and European patent law has taken these special features of biotech patents into account. This excludes from patenting, in particular, methods of human cloning, methods of interfering with the human germ line and the use of human embryos for industrial and commercial purposes. The exact delimitation of the areas excluded from patent protection on the basis of these and other exclusion criteria from the areas still accessible to patent protection can be a difficult question in individual cases. Our attorneys specialized in the field of biotechnology will be pleased to advise you in order to clarify such cases of doubt.

The importance of innovations at the interfaces of biology, immunology, genetic engineering, pharmacy, medical diagnostics and preparative chemistry has also been demonstrated by the development of the SARS-CoV-2 vaccines. Especially in the development of the novel mRNA vaccines, relatively small young, innovative companies were successful in bringing their developments to market with the support of established manufacturers. Along the way, like all research-based companies, they relied on investor funds to secure financing. Patents, which protect innovations from exploitation by third parties for a limited period of time, play a key role in amortizing the sometimes extraordinarily high development costs after successful product approval.

Also in connection with biotech patents for vaccines against SARS-CoV-2, calls have been made for the patent protection to be lifted for a limited period of time. Proponents argue that the vaccine shortage in developing and emerging countries could be remedied by allowing the vaccines to be produced in those countries themselves. Opponents point out that the limiting factor for sufficient vaccine quantities in developing and emerging countries is not so much the unwillingness of biotech patent holders to grant or release licenses. Rather, it is not possible to transfer the necessary know-how for the extremely complex production of mRNA vaccines in particular within a short time. In addition, some of the basic materials required for the production of mRNA vaccines are subject to export bans in many industrialized countries - a temporary lifting of patent protection would not change this situation.

The possibility of obtaining time-limited protection on inventions through patenting is a crucial motivator for continued innovation. A softening of patent protection in such an important field as biotech would therefore presumably make it more difficult for young, innovative companies in particular to find investors in the future.

Innovators in the field of biotechnology should therefore not be dissuaded by such discussions from protecting their innovation with biotech patents. In this context, it should not go unmentioned that especially in the biotech field the importance of patents is paramount. More than half of the top-selling drugs are based on biotech inventions and are/were protected by corresponding biotech patents. Therapeutic antibodies, which have revolutionized the field of cancer medicine in particular, are just one example.

Our lawyers specialized in the field of biotech support start-ups, research institutions, pharmaceutical companies as well as medical device manufacturers in the development of patent strategies and the concrete implementation in the form of biotech patents. Furthermore, the filing of oppositions against granted patents of other applicants or the defense of your patents against oppositions as well as all questions and proceedings in connection with patent infringements are part of our scope of advice. 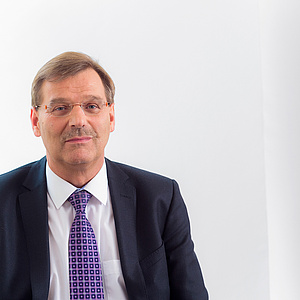 Here you will find an overview of all cookies used. You can give your consent to whole categories or display further information and select certain cookies.
Accept allSave
Back